A systematic approach to closing of process or system performance gaps through simplification, transparency and higher integrity practices. It emphasizes rapid decision making in decentralized organizations with authority pushed down into the organization.

It is the deliberate application of information, imagination, and initiative in deriving greater value from existing resources and encompassing all processes by which new ideas are translated into useful products. In business transformation and professional development, agility involves decreasing the gap between the needs or expectations to performance or delivery.

While packing for our first foray as a family to Disney World,  I noted the “irrational exuberance” of my wife and children in advance of blowing thousands of dollars on one of the greatest marketing campaigns ever. Though less enthused at the downstroke required to fund the effort, I remain awed by the organizational devotion to customer experience and the role of Imagineer in continually rejuvenating and extending the brand. Value here greatly exceeds price and has for generations. Organizations across many industries send their Innovation Teams to Disney for the express purpose of understanding this model and the value it creates.

Warren Buffett once stated, “price is what you pay, value is what you get.” Pretty interesting statement, but – out of context – so what? Isdell of Coca-Cola fame referenced this in a 2004 speech before a European industry conference. His take on value was pretty remarkable. He delineated the core considerations of value for his organization as relating to choice, information and goodwill.  “So the essential question for us is what consumers want for their health and nutrition today, and what they’re going to want in the future.” One could supplement nutrition for surgical services or quality of life and change the entire context of this sentence to relate to healthcare. Not unique to healthcare, with a bit of thought, it likely applies to any industry. END_OF_DOCUMENT_TOKEN_TO_BE_REPLACED

Virtue as a Competitive Advantage

Though dead for nearly 2,400 years, Aristotle remains relevant primarily because of his defining principles in terms of the ethics of leadership and personal choice. Within Nicomachean Ethics, Aristotle concludes that the primary role of leadership is creation of an environment in which all members of an organization are provided the opportunity to realize individual potential. Thus, the ethical role of the leader is not to consolidate power, but rather to create an environment where followers may realize the full potential of their unique gifts and abilities. The role, then, of the individual is to employ personal choice in individual interactions arriving at some end we individually consider good for personal growth and collectively so in contribution to organizational performance. This is accomplished through a value system where living “virtuously” determines whether we achieve excellence or mediocrity. END_OF_DOCUMENT_TOKEN_TO_BE_REPLACED

The Suicide of Europe

The assassination on June 28, 1914, of Austrian Archduke Francis Ferdinand accelerated escalating tensions between European nations culminating in a declaration of war by Austria-Hungary exactly one month later on July 28. The reasons for this war, the dearth of leadership in permitting it, and the nature of entangling alliances fill volumes – in every language.  My interest in this early war period, aside from the failure of leadership, involves the individualism demonstrated in a mostly forgotten event on Christmas Eve 1914, on a battlefield near Ypres, Belgium.

Though many thought this war would end quickly, others felt differently, envisioning a protracted, bitter struggle. The fierce fighting moved Pope Benedict XV, who called the war the “Suicide of Europe”, to write his first encyclical, Ad Beatissmi Apostolorum, published in the Autumn of 1914, appealing to the leaders of the world to sign a Christmas truce as a means for a meaningful dialogue on a lasting peace. World leaders ignored his pleas and, with less than five months of fighting between the warring states, German military forces opposed British and French from deeply trenched positions,  six to eight feet deep, carved into the countryside. A signed armistice was four years and fifteen million dead away. What happened amidst heavy fighting in the winter of 1914, confounded many. END_OF_DOCUMENT_TOKEN_TO_BE_REPLACED

Origins of the OODA Loop
Colonel John Boyd, USAF, left a profound and lasting legacy in the field of Decision Science with the legacy of the OODA Loop or Boyd’s Decision Theory. Boyd observed that, during the Korean War, the United States maintained air supremacy with a victory to loss ratio of 10:1, i.e. one American plane lost for every 10 destroyed. Many within the Air Force opined that superior technology permitted this dominance, but Boyd suspected otherwise.

During the war, the technology of the Soviet MiG surpassed the flight capabilities of the American planes in three critical aspects – speed, operational ceiling height and turning. The advantage possessed by the Americans lay in two under-appreciated features – a canopy that permitted greater visibility than that of its rival and advanced hydraulics. The greater field of vision permitted USAF pilots to observe and orient on targets faster whereas the hydraulics delivered more immediate responsiveness from controls (the plane reacted more quickly to input from the pilot). American pilots realized through experience that quick, aggressive movements against enemy air combat tactics overcame the superiority of the MiG’s individual flight capabilities by forcing an incapacitating number of decisions in rapid succession upon the enemy combatant. END_OF_DOCUMENT_TOKEN_TO_BE_REPLACED

Enabling a Revenue Driver
A significant portion of a hospital’s admissions enter through its Emergency Department (ED). Unfortunately, many hospitals exhibit broken processes, long wait times and fundamentally poor coordination of care. As a result, most hospital organizations view their EDs as cost centers and a necessary, though frustrating, component to delivering quality care to its community. Ironically, in high-performing hospitals, EDs are drivers of profitability, adding tremendous value to patients and providers alike. Properly addressed, it becomes a high-value marketing medium to the community providing the hospital a significant competitive advantage.

END_OF_DOCUMENT_TOKEN_TO_BE_REPLACED

The Hallmarks of an Under-performing Supply Chain

It is estimated that the average American Hospital runs at an efficiency rate of less than 65%. This refers to the full cycle of major operational processes and the time necessary to complete those cycles. While there are numerous reasons for these existing inefficiencies, the primary reasons hypothesized are:

END_OF_DOCUMENT_TOKEN_TO_BE_REPLACED

Seeing the Forest for the Trees
The objective seemed daunting – how to best help hospitals fix themselves. Brainstorming over many options, a colleague, who had remained silent through much of the meeting, finally laughed and said, “You’re making this harder than it is.” She then spoke for the next 20 minutes of her deep experience in driving transformational change for a region of a well-known Health System. END_OF_DOCUMENT_TOKEN_TO_BE_REPLACED 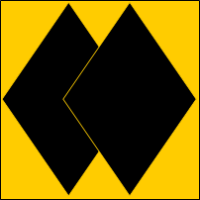